← more from
Jenny Invert Records
Get fresh music recommendations delivered to your inbox every Friday.
We've updated our Terms of Use. You can review the changes here.

You Need To Hear It 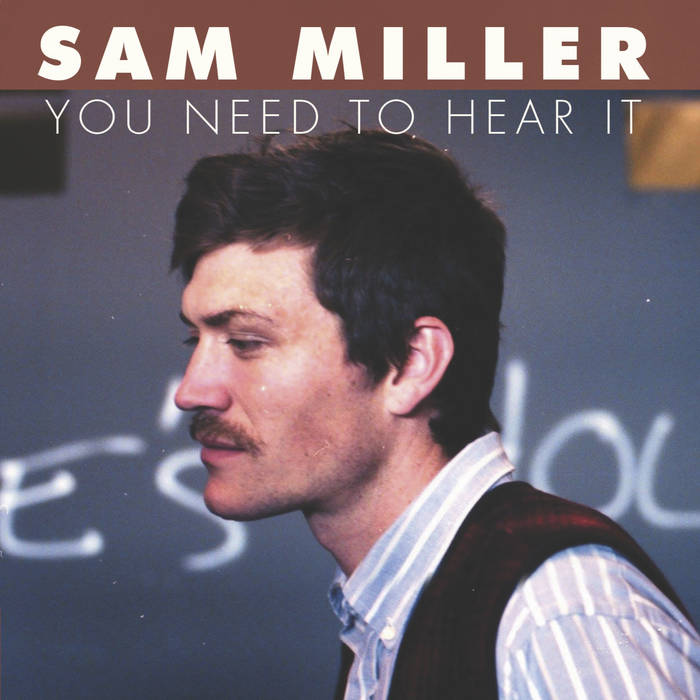 This isn't the first time that a voice threw you. Names come to mind: Mark Lanegan, Neko Case. Cash. Those heavy voices, rich and consuming, carried within tunes so effortlessly the songs themselves felt like musical Trojan horses. This has happened before. But never quite like this. This is You Need To Hear It, the debut from singer/songwriter Sam Miller.

Raised in Albuquerque, New Mexico, Sam took his philosophy degree and his guitar and moved to Vancouver, British Columbia, where he played trumpet, bass, and guitar throughout the Canadian countryside with the bilingual folkrock group Wintermitts. He then returned to Albuquerque to front his own groups Grand Canyon and Jenny Invert, while also touring extensively with longtime friend Ryan McGarvey. In 2011, Sam moved to Seattle, Washington, where he established himself as a multi-instrumentalist producer and performer, supporting the likes of Ravenna Woods, Benjamin Verdoes, and many other distinctive Northwest talents. During this time in Seattle, Sam also recorded the collection of songs you have before you.

The experience of playing just about every kind of instrument in just about every kind of band has given Sam a profound pop sensibility and a fluency for creating deep, decadent arrangements. Think Mikal Cronin and Richard Swift crafting the perfect ballad for a hangover. But don't waste time seeking saccharine in this piano pop. Every element is as intentional, precise, and cutting as a forged blade. There is sweetness, yes--it's here in abundance--but it is of a molasses glow, stable and honest. As the melody evolves on "Doesn't Take Much," the strings and piano unfold like the petals of a flower seen through a kaleidoscope. When Sam bellows "When I dive/ into our shallow history/ You and I/ Are merely memories," on the exquisitely layered title track, the weightless waltz of the melody betrays the heft of the message it carries.

Here, in these songs, is the warmth of a campfire. Here is prom night angst and the wooden yawn of your father’s house at 3AM. Here is the exhaustion of moving, of seeing your life as a castle of cardboard boxes. Here, singing all of it, is the voice of Sam Miller. And you need to hear it.

This is a compilation/mixtape of my favorite recordings from the past three years in Seattle. Twas an honor to work with all these good friends and amazing musicians:

Mastered by Sean McCullough
Photo by Will Miller
write-up by Ben Taylor 91.7 WSUM

Sam Miller is an American multi-instrumentalist singer/songwriter, composer and producer. He has released two full-length lyrical albums, You Need To Hear It (2014) and In One Place at a Time (2019), along with several instrumental albums including, Bach, Human Arpeggiatior (2020), Phonometrographer (2020), Piano Works (2020), and Lilies (2022). ... more